The company says that its newly announced Freedom XC 230V inverter/charger line will give European boatbuilders and aftermarket refit suppliers unique capabilities in an unusually compact footprint, freeing valuable interior space for other uses. The new line is seen as being a key component in the company’s European market growth strategy.

The new 230V 2,000W, 80-amp Freedom XC 2000 offers advanced features including an extended surge rating for starting difficult loads such as refrigerators or microwave ovens, along with a power share function that utilises less shore power when charging batteries, allowing more current to be directed to powering electrical devices such as air conditioners. The product’s main point of differentiation is its compact footprint of 390mm x 275mm x 102mm and light weight of only 7.5kg and later in 2021 a 3,000W model (8.4kg) will also be introduced 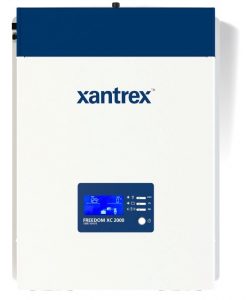 Mitul Chandrani, Head of Marketing at Xantrex said “Having proven the Freedom XC platform in North America we are pleased to introduce it to our customers in Europe in a 230V configuration, the Freedom XC 2000 is very powerful yet lightweight, and we feel it will provide boatbuilders in Europe with stellar features beyond its compact footprint, including a wide input range, programmable under-voltage shutdown and built-in Bluetooth compatibility for remote monitoring.”

Developing product for the European market is a major pillar in the Canadian manufacturer’s long-term growth strategy. “We see tremendous opportunities in Europe, and especially in view of the product’s small size and wide operating range of from -20C to +40C,” he said. “And being fully compatible with virtually any lithium-ion chemistry and the ability to integrate with other Xantrex solutions such as solar allows boatbuilders to take a whole-system approach to power management while reclaiming a significant amount of interior space. That is extremely important, because space is one thing that there is never enough of on any boat.”